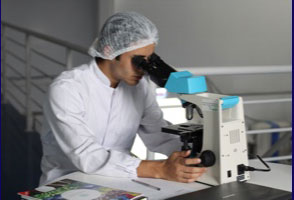 Living with Lyme Disease in India
Posted 01 May 2018 | Source: wereview.in

Got Lyme (Disease)? And living in India? Clueless about what you should do next? Read some my first-hand experiences of what you need to do in this battle against lyme.

How I got infected with Lyme Disease
Remember the last time you heard about a traveller visiting a ‘first-world’ country and coming back stricken with disease? Nor do I.

Well, I visited New York in the summer of 2014, went for a hike in some nearby hills, and came back with a strange infectious disease that no doctor believed could be true.

Hike happened, and due to circumstances, I had to catch my flight back to India immediately. I had a quick shower, but didn’t have the time to shampoo my hair. Paid a taxi driver 10 dollars to go 200 meters to catch my bus to DC that was 10 seconds away from departing without me and then boarded a long, long flight back to India.

June 1: Some 40 hours later, I shed all my clothes and happily got into the shower. Much to my surprise, I found a strange multi-limbed hitch-hiker near my belly-button — a tick. Not a sullen, bloated fellow (like dog ticks), but a happy, fit looking guy who still seemed alive.

Near him were a couple of tiny, angry bites, perhaps half the size of a rupee coin. Slightly red, slightly swollen, but nothing to be alarmed about.

And so I proceeded to do what any sane individual would do: screamed (ahhhhh) at the top of my lungs and took him to nearest drain and flushed him into our cavernous sewage system.

How I Got Diagnosed
What next? I promptly forgot everything about the tick and the bite (seemed to have receded aside from a slight mark).

Until around 10 days later. I was taking my grandmother for a movie to a nearby mall. She has difficulty walking and often grasps my arm for support. This time, however, when she grasped my arm I felt an excruciating pain in my elbow. Not a sharp pain, but a burning sensation. Something, I realised, wasn’t normal.

There’s something strange, in the neighbourhood, so who’d you call: Dr Google! Yes, I know Google is a like a safe-haven for hypochondriacs. If you have a blister and you Google it, there are chances you will believe you are dying of skin cancer. But sometimes, SOMETIMES, Dr Google is right.

This is one such case.

I explained my symptoms to Dr Google (tick bite + elbow joint pain) and Dr Google informed me I most likely have lyme disease. This was ten days after the bite, and so told my dad I need to get it shown to a doctor, and my father (who loves visiting doctors) promptly took me to the family physician, Dr Y.

My Lyme Symptoms
I never had the red bulls-eye mark that everyone with lyme talks about. I never had flu symptoms. My early days with lyme were restricted to strange joint pain.

I told Dr Y He examined the bite, my eyes, etc etc. I think he doubted I even saw the tick, however, I told him I did, and it was alive.

His response after the examination was that you don’t have the bull’s-eye mark, so it doesn’t seem you have anything to be worreid about. Don’t be a hypochondriac and enjoy life. Take it easy, don’t be stressed, etc, etc. However, if you want to be reassured, you can get the lyme test done at this diagnostic centre. He wrote down the name of the test and told my dad I was fine.

Getting the Lyme Disease IgG and IgM Tests done
After being told I was a hypochondriac, I told my dad let’s just go home. However, my dad, with his undying faith in medicine, said no, we are all the way here, the clinic is on the way, let’s just get the test done. No harm done.

We went to Lifeline Laboratory and it took them a while to figure out what the test is. It’s not commonly done at all. They called a supervisor who looked up the computer and figured out what the test was. He said it would take 3 weeks to get the report and would cost Rs 3500 (or so). A lot of money! Again I told my dad, let’s just go home. However, my dad insisted that we just do it and we did it.

Three Weeks Later
Dr Y got the report of the test before we did. He called up my parents urgently, sort of worried himself: the IgG/IgM report, much to his surprise, had come back positive for traces of the lyme antibodies.

(For those who don’t know much about lyme disease — science is not very advanced when it comes to lyme. There is no test to check whether you have lyme disease. Instead, there is a test to check whether or not you body has created antibodies to fight off lyme. This test is wrong almost 30% of the time as well. And once you have lyme, you always have lyme. It never does leave your body, even though it could be deactivated. And hence, once you have lyme, there is no conclusive test to say hey congrats, you are officially lyme-free.)

Anyway, Dr Y was quite sensible, started me off on a three-week course of antibiotics. And said that was that.

Couple of months later: More Lyme Disease Symptoms
I think my lyme symptoms kicked in only after starting the antibiotics course (herxing is what they call it). I had strange body pains, got tired really easily, listless, lost my appetite, stiff joints. I lost a whole bunch of weight (became underweight for the first time in my life!)

Finding a Lyme Disease Qualified Doctor in India
July: My parents called Dr Y a few times after, narrating my symptoms (weight loss, anxiety). By this time Dr Y was convinced I was a hypochondriac (despite having the freaking disease!!) so he told my parents to tell me to relax, don’t be stressed.

And so I began a search for lyme qualified doctors in India. This, my friend, is an impossible search. For some reason, lyme disease is linked to dermatology in India (???!). Most of the doctors I found online were dermatologists first and also, by happenstance, treated lyme. This made no sense to me.

And so I began hunting on Practo. And to my luck I found a ‘tropical diseases specialist’ who also treated lyme. She was based in Bangalore, and luckily, in August I was heading to Bangalore!

Dr Swathi Rajagopal was very nice. She looked and my reports, my symptoms and said yes, it does look like you have lyme. You luckily didn’t get any co-infections. It also looks like Dr Y treated you properly with the dose of antibiotics. Weight loss is common in any tick-fever sort of disease. She said it would take me at least 6 months to recover. She also made me take a plethora of tests, which indicated that some of my vitamin levels were very low — which sometimes happens with these sort of disease. She started me off with some supplements.

Lyme Disease: One Year Later
I have been very fortunate when it comes to my experiences with lyme. The fact that my lyme disease was diagnosed when it was (I took the test some 2-3 weeks after the bite, which is the perfect time to take the test) and the fact that Dr Y treated me correctly when he did.

I have been mostly lyme free living a happy life (got married in between as well).

One year later, May 2015, I had my first strong recurrence of lyme symptoms. My husband had just viral fever — and passed on the flu to me (mildly). While my body fought the flu, I became tired and listless for around 7 consecutive days. No fever, but just body aches. Very stiff joints (especially in the morning) and an especially stiff neck (not the sprained kinds). I also felt incredibly sick (motion sickness) when travelling in cars. Anxiety was back as well, driving a short distance became very difficult. However, the symptoms went away as well. I think my body fought it off.

The worst thing about lyme are the psychological symptoms, when you, yourself, think you’re crazy. Are you imagining it? Or is it actually happening?

My lesson with lyme: trust yourself and your body. If you feel something is wrong, get it checked out. Don’t wonder if you’re crazy and imagining it. With lyme, an early diagnosis a million times better than a late diagnosis. Do it for yourself.

You are solely responsible for the content that you choose to submit for publication on the Website, including any feedback, ratings, or reviews (“Critical Content”) relating to Practitioners or other healthcare professionals.